Women and pain in childbearing: a Christian perspective

Today as I cleared folders from the shelves in my office, assigning most to the recycle bin, I came across a paper, Women and pain in childbearing, that I wrote in April 1993.


Twenty-one years ago, as I was launching a new phase of my midwifery career, I put down on paper a brief discussion of my understanding of this topic.  In those 21 years, I have been with women, in the various phases of childbearing; reaching the climax in exquisite pain, and coming through to the new realm of personal strength in motherhood - this has been the terrain of my life.


[Twenty-one years ago, before we had the Internet, before blogging or downloading, before social media or messaging. I have the paper copy.  Who knows where the backup floppy disk is, and if I would be able to read it with any of the devices we use today?]

Today I would like to copy that paper, with only minor edits, and place it here for my readers, and for the completeness of my own body of writing.  This essay is different from most of my writing that is available on blogs, because, rather than an exploration of midwifery, its focus is primarily about my own Christian faith, and my understanding of the foundational teachings of the Bible - that of God's plan for redemption of anyone who believes in Jesus, the precious son.

Recently a young friend asked me "What do you make of the curse in Genesis about pain in childbirth?"
I could have given a quick and easy answer, but realised that this is an issue that I should explore carefully.   It's one of the big questions of life and faith.  The story of the Fall follows closely the story of Creation: when GOD created; and the final act being the creation of the human person, male and female, who was made in the image of GOD; and that GOD looked at what he had created, and said it is good!  The maleness of the man and the femaleness of the woman were, equally amazingly, in the image of the Creator, and were good!

In Genesis [Chapter] 3, [Verse] 16 we read "To the woman he (GOD) said, "I will greatly increase your pangs in childbearing; in pain you shall bring forth children, yet your desire shall be for your husband, and he shall rule over you."

Jesus used the fact of pain in childbearing to explain to his disciples the pain they would feel when "A little while, and you will no longer see me" (John 16:16).  He said, by way of illustration, "When a woman is in labour, she has pain, because her hour has come.  But when her child is born, she no longer remembers the anguish because of the joy of having brought a human being into the world." (John 16:21).


The issue of a woman's pain in childbearing has prompted lengthy debate through the ages. I am seeking to understand and integrate the Biblical teaching of the first sin as recorded in Genesis 3, with my knowledge of childbirth as a normal and amazing function of a woman's body.

Whatever effect this (Genesis 3:16) consequence of sin has on women in childbearing today it cannot be answered simply.  As a midwife with more then 20 years' experience [at the time of writing] I know that the suffering endured by women in childbirth is not dependent on their relationship with God.  Many women find labour extremely painful yet, as in the Lord's illustration (John 16:21), forget the anguish after the birth.  Others experience severe pain which they never forget.  This may be related to complications which would result in the death of the baby or mother or both if skilled medical intervention were not available.  Modern care provides analgesia and anaesthesia, and a range of surgical options at such times.

And what of the women who do not suffer pain in childbirth?  Many women, Christian or otherwise, face labour with eager anticipation instead of fear; find ways of actively assisting their bodies; and report minimal or no pain.  Have these women overcome the pain of Eve in a way that other women have not?

Ruth Tucker's writings helped me understand the significance of the 'curse' on our first parents:


"... neither Adam nor Eve was 'cursed', as is often assumed.  Satan was cursed and the ground was cursed, the latter had a very real effect on Adam, but neither he nor Eve was the direct object of the curse." (page 48)

This view has not always been popular in the Christian church, as Tucker illustrates with a story from the sixteenth century [reformation] Scotland.


"... Eufame MacLayne took a pain-killing herb to sustain her through the birth of twins.  She and the babies survived.  However, someone found out what she had done.  Painkillers were forbidden to women in childbirth.  It was against God's law.  The Bible said so, their punishment for Eve's sin.  So Eufame was brought before those who decided punishment....  Her babies were taken from her arms, and given to someone else's care.  Eufame was tied to the stake.  Bundles of wood were laid at her feet.  The new mother Eufame was burned alive." (page 52)

[note: my heart has ached every time I have considered this mother, Eufame MacLayne in Scotland.  I have descended from Scots, and I am a member of the Presbyterian Church, with direct links to Scotland.  The murder of Eufame MacLayne, at the hands of the leaders of the Christian Church of that time, was barbaric, and simply wrong.]


The stories of creation and the fall are incomplete without the story of redemption, which God had planned from before the beginning.  "Christ redeemed us from the curse of the law by becoming a curse for us" (Galatians 3:13).  How does the redemption in Christ influence the Christian person's relationship to 'the curse'?

The answer follows in Galatians 3:19.  "Why then the law?  It was added because of transgressions, until the offspring would come to whom the promise has been made."  As Paul explains the great doctrines of law and faith, bondage and freedom, he makes a pronouncement that must have amazed many of his hearers: "There is no longer Jew or Greek, there is no longer slave or free, there is no longer male and female, for all of you are one in Christ Jesus" (Gal 3:28.  The barriers which divided mankind - in relation to race (Jew or Greek), power (slave or free) and gender (male and female) - all had arisen as a direct consequence of sin.  Redemption through the blood of Christ removes these barriers.  How we long to see the final fulfilment of Christ's victory over sin when he returns to earth.

Having received freedom in Christ from the curse, how is a woman today to approach the pain of childbearing?  Or, the logical extension to this question is, how should a man and women relate to one another in marriage?

Pain in childbearing is a general reality for all women.  The degree to which any particular woman suffers from that pain is influenced by many physical and psychological factors.  A woman who is in Christ is free from the ultimate sting of the curse which is death, because death has lost its power over us (1 Corinthians 15: 50-57).

A powerful enemy of the birthing woman, and indeed her husband, is fear.  Fear and anxiety produce muscle tension, fatigue, and a sense of failure.  Fear has often been nurtured by ignorance and, regrettably, a vague idea that pain is a woman's 'lot'.  I cannot suggest that positive thinking will ensure a particular outcome in the childbirth process, but conversely, I observe that the negative-thinking person is rarely surprised.  Perhaps this fear of pain is a direct consequence of the fall, passed on from generation to generation until today.

A Christian couple approaching childbirth are able to claim Christ's power over the curse of the law and its consequences.  Our Lord Himself will be with them, with strength and comfort for every situation.  In accepting freedom from fear the woman is able to work willingly with her body through the labour, and other times of stress.  Should medical intervention be necessary her trust in God to work in all things for good will sustain and strengthen her.  The time of childbearing can bring a new sense of God's blessing into the lives of the parents and those who have the privilege of being with them.


[Scripture references are quoted from the New Revised Standard Version.]

Reference:
Tucker, Ruth A. (1992)  Women in the Maze - Questions and answers on Biblical Equality.  Intervarsity Press.


Thankyou for your comments
Posted by Joy Johnston at 11:27 AM

Thankyou for your comment, which will be emailed to me for moderation. 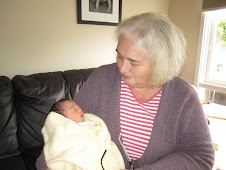 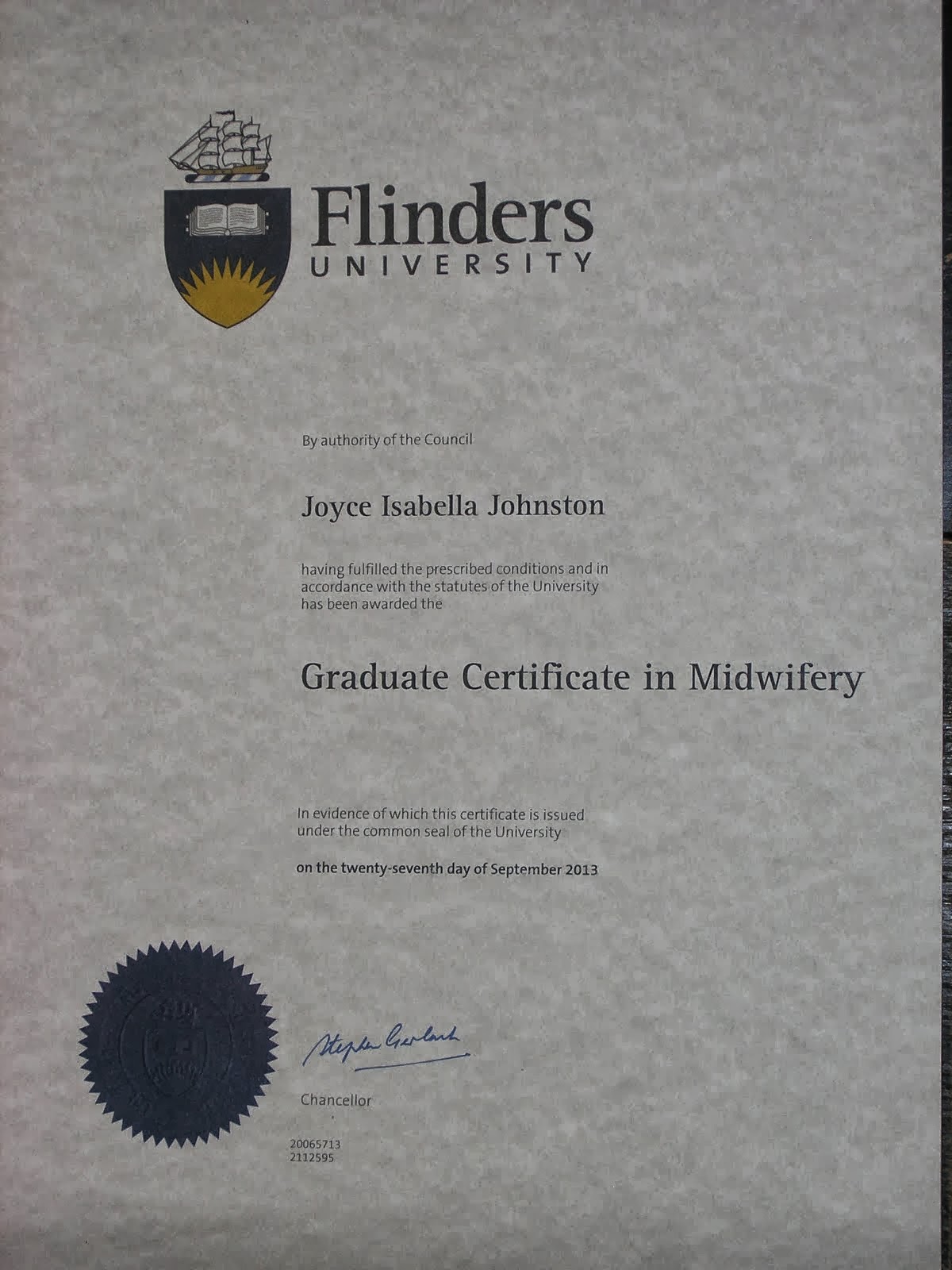 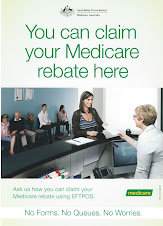 I am now able to provide Medicare rebates for many of the midwifery services I provide, and write referrals to specialist medical practitioners in obstetrics and paediatrics. 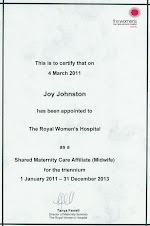 Aitex PRIVATE MIDWIFERY SERVICES (APMS) is a new professional care option providing one-to-one primary maternity care for women, and mentoring for midwives in caseload midwifery for births in the home or hospital.

APMS is situated in Blackburn South, an Eastern suburb of Melbourne, Australia. Midwifery services provided by Joy Johnston, Principal Midwife and owner of APMS, and other midwives employed by APMS, are available for women who plan to give birth at home or hospital, with continuity of care from a known primary care midwife, appropriate and evidence-informed collaboration with specialist obstetric and medical services when and if indicated, and backup arrangements from other trusted midwives who are skilled in the art of promoting and protecting health by working in harmony with the natural processes in childbearing.